Current eating habits are increasingly responsible for a disaster that threatens the whole world: climate change, the loss of plant and animal species, and the growth of chronic sufferings such as cardiovascular disease and diabetes. The statistics have long been proving that something is fundamentally wrong.

Around three billion people – about 40 % of the world’s population – are currently malnourished; 820 million are starving and around 2.1 billion are eating poorly. Global nutritional errors are leading to more illness and death than the consumption of drugs, alcohol, tobacco and unprotected sex taken together. At the same time, food production is destroying most ecosystems by currently consuming 40 % of the land area and 70 % of the freshwater consumed worldwide. In addition, it contributes around one third to the greenhouse effect, stated by the EAT Lancet Commission on Nutrition, the Planet and Health (1).

The 37 experts from 16 countries are calling for a radical change in nutrition in order to preserve and protect both human health and the environment in the future. They suggest a diet for the whole world. The orientation is a healthy and ecologically compatible diet. In addition to 500 g of fruit and vegetables, this includes 50 g of nuts per day, and 232 g of cereals, but only 14 g of red meat and 29 g of chicken (see Fig. 1). 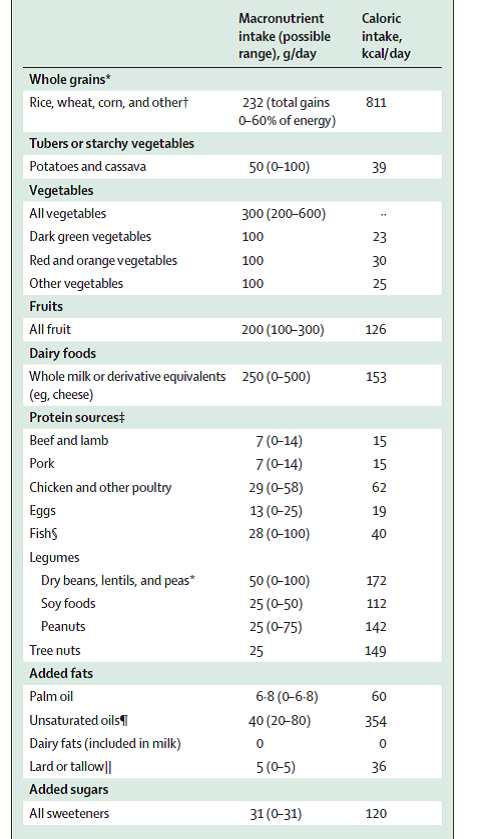 This ideal nutritional pattern could prevent 10.8 to 11.6 million premature deaths per year worldwide. However, the current consumption of red meat and sugar should be more than halved and the consumption of nuts, fruits and vegetables doubled (see Fig.2). 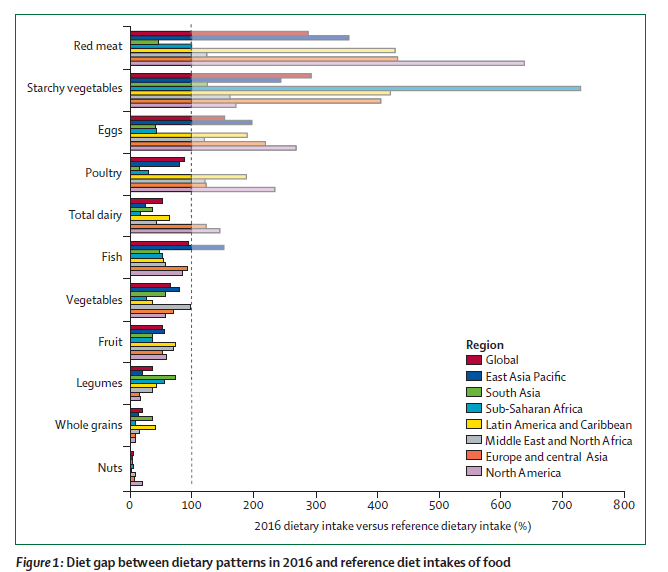 Figure 2: Nutritional gap between nutritional patterns in 2016 and a reference diet

The scientists have calculated similar limiting values for the protection of ecosystems for agriculture. They address five priority areas: no more land use, preservation of biodiversity, less water use and more responsive handling, less nitrogen and phosphorus pollution, and no further increase in greenhouse gas emissions by 2050. In addition, scientists recommend other irrigation practices and plant varieties better adapted to local climatic conditions as well as the global redistribution of fertilizers and food.