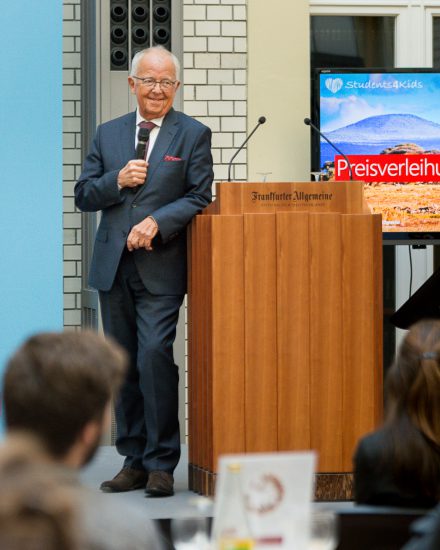 On September 29th 2017 the second Students4Kids-Summit took place at the F.A.Z.‑Atrium in Berlin. The three invited finalists Fish and Veggies, Seeds for Women and Insectus had the opportunity to present their ideas to a jury and an expert audience: nutritionists, representatives of the Federal Ministry for Economic Cooperation and Development and students of German universities offered the finalists a challenging environment. € 10,000 in funding were written out for the winning team.

After a short opening and introduction by Gun Hellmich, Senior Manager of Cooperations and Educational Projects at the F.A.Z., and Prof. Gerd Assmann, Chairman of the Assmann Foundation for Prevention, the first pitch got on stage. With an emotionally stirring presentation and extensive scientific know-how Kristine David, a Master’s student at the University of Hamburg, introduced her Aquaponic systems.

An international team of students from Italy, Uzbekistan and Ethiopia at the University of Hohenheim followed with their presentation on the establishment of research-oriented seed banks. As one of the most important success factors the team identified their interdisciplinary approach combining the knowledge on soil science, agricultural economy and biology.

Last but not least, team Insectus entered the pitch: after a close defeat last year, the students continued to develop their project, building up their first insect farms in Zambia on their own and were able to impress the audience with their exemplary commitment and dedication.

Subsequently, the jury withdrew to their closed meeting. The decision was not an easy one – each team had shown its individual strengths. In the end, Prof. Assmann, chairman of the jury, came on stage and announced the decision: The team from Leibniz Universität Hannover, Insectus, was able to secure the jury’s vote over all other finalists. The students will now receive € 10,000 in funding – and will thus be able to start implementing their project on site in Côte d’Ivoire.

In an interview with the F.A.Z. Prof. Assmann reports on the development of the Students4Kids initiative. 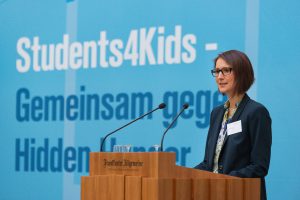 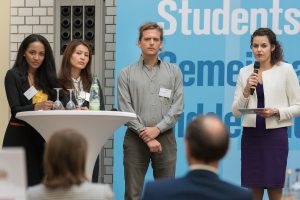 Seeds for Women
University of Hohenheim 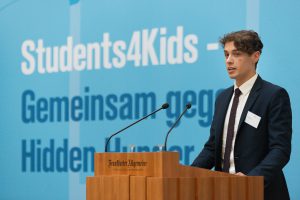 Insectus’ goal is to establish insects as a large-scale alternative for an efficient supply of essential nutrients, because “insects offer us the great opportunity to [easily] introduce micronutrients to people”. Therefore, Insectus aims to integrate their project into everyday school life: The establishment and operation of the insect farm is carried out collectively by learners and teachers as a shared school activity. This also includes the transfer of know-how and background knowledge on various micronutrients.

The cultivated insects, larvae of the Black Soldier Fly, can then be utilized in two ways:

The cooperation with schools has several advantages. Firstly, it is possible to ensure that the nutrients actually reach the children, and secondly, it is easier to prevent existing prejudices and barriers in children than to gradually reduce them in adults. Thereby the acceptance and consumption of insects as a healthy form of food will increase within the society. 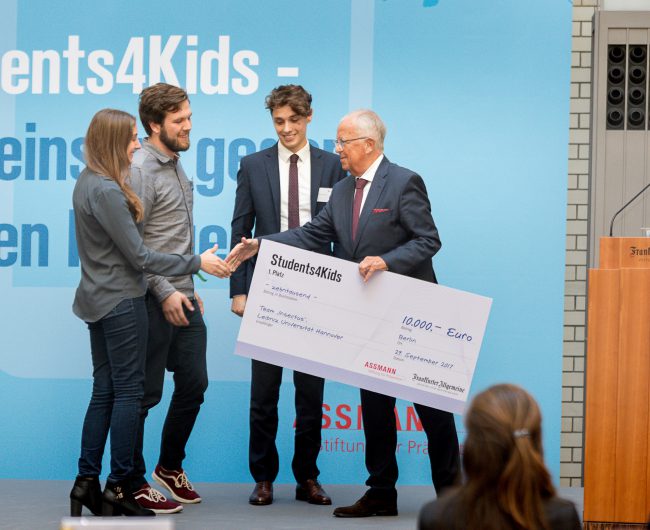 Furthermore, the children will become experts in insect breeding and acquire important knowledge about micronutrients and healthy nutrition on a theoretical and practical level. On the basis of the large school farm, smaller, local “house farms” can also be created by assigning small larvae populations for breeding purposes. Students and school teachers will then assume the position of experts and support other interested people in establishing their own insect farm.

To ensure the success of this project, the simple and reliable design of the farm and the comparatively undemanding insect breeding are essential. Moreover, the student project team from the Leibniz University Hannover provides direct assistance and support at all times, develops instructional documents in French, provides on-site training and supports the building itself – especially at the beginning.

“This year we have implemented the first farm in Zambia and are proud to have completed the first life cycles there. We are already able to supply […] insects for AIDS patients in a local clinic.”

After just barely missing last year’s victory, the Insectus student team travelled to this year’s summit with mixed feelings. But this time, after an impressive presentation, everything went as hoped for: the students of the Leibniz University Hannover were able to secure 10,000 € in funding. Find out what the team is planning to do now, how they balance thier free time, study and social commitment and where Insectus sees itself in five years in the full interview.

Despite the close defeat in 2016, Insectus stuck to its plan and launched the project in Zambia. The experiences there gave the team enough tailwind to optimize and re-submit the concept of the Insect Farm for Students4Kids 2017. Here are photos from Zambia: 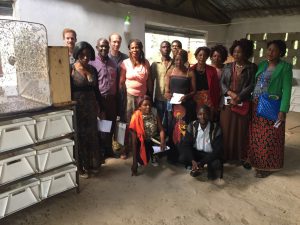 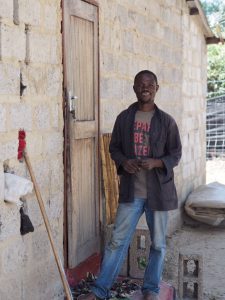 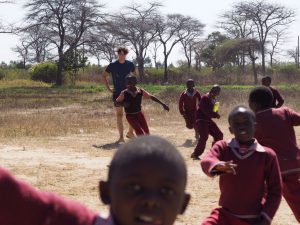