An inter-agency team of UNICEF, WHO and World Bank collects data on the immediate consequences of malnutrition and childhood obesity worldwide. Chronic micronutrient deficiency leads to stunting, the physical and mental underdevelopment of children measured by age. These impairments, which can only rarely be reversed later in life, are mainly caused by the lack of micronutrients such as iron, iodine, zinc, vitamin A and folic acid during the first 1,000 days of life. A recent publication on child growth and malnutrition (1) provides key figures on the regional distribution of stunting among children under 5 years of age: 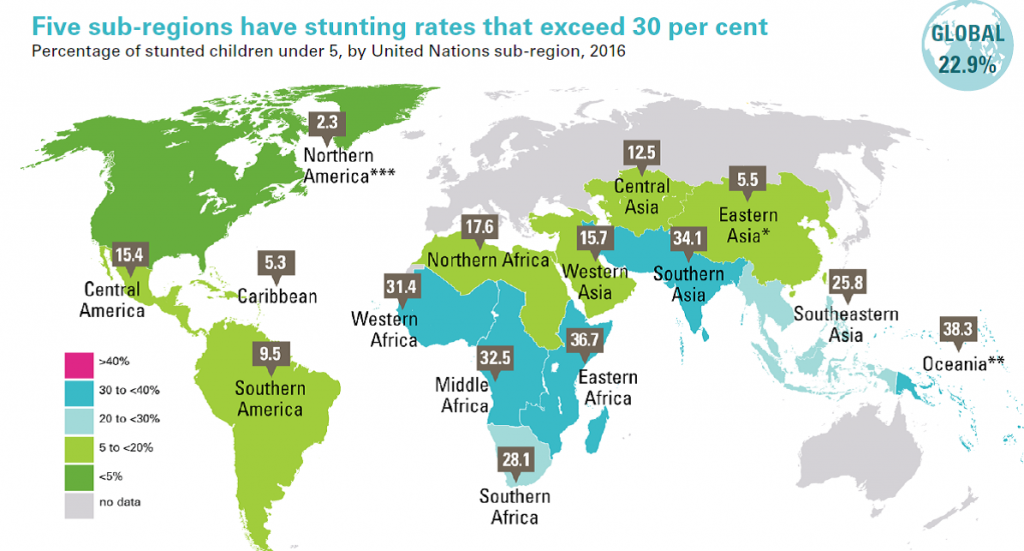