Hunger continues to be an urgent challenge of our time. 795 million people are still affected by acute hunger and two billion are considered to be micronutrient undersupplied. Thus, the situation has hardly improved despite tremendous efforts since 2015. Worldwide every fourth child under five is affected by growth retardation and eight percent of all children worldwide are wasted, meaning that their weight is too low for their age.

The Global Hunger Index 2016, an annual report on the distribution of hunger in our world, classifies the severity of hunger in seven countries around the world as “very serious”, in additional 43 countries as “serious”.

Most affected from hunger are sub-Saharan African countries. These particularly still include the Chad, the Central African Republic, Zambia, Madagascar and Sierra Leone. Furthermore, Haiti and the Republic of Yemen are causing special concern.

The map below illustrates how the hunger in the world is spread. For thirteen countries, including Syria, Libya or the Congo, the data was insufficient. 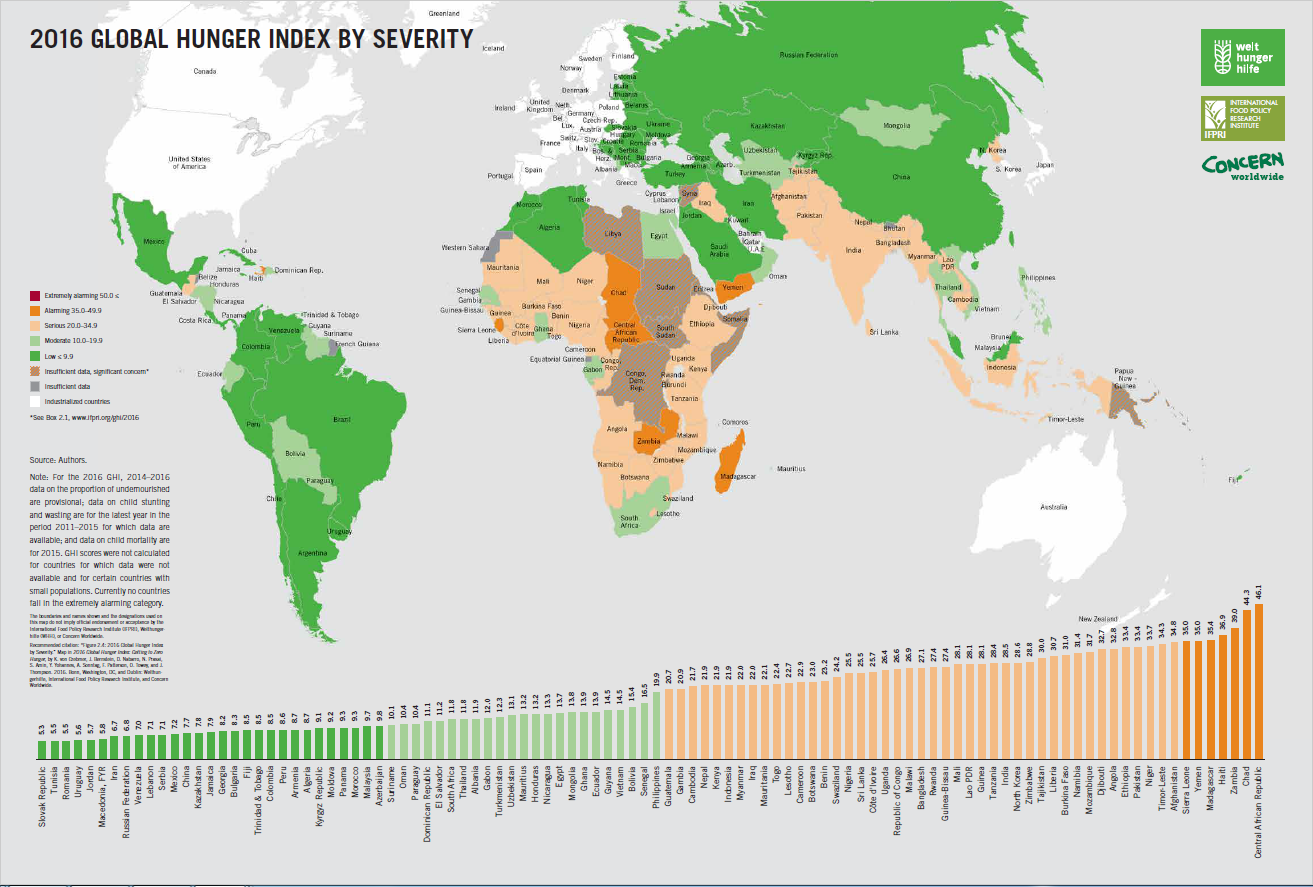