Current statistics on changes within the last 25 years in the causes of death of children and adolescents under the age of 19 showed that malnutrition, especially in small children, has a considerable impact on mortality risk (1). Between 1990 and 2015, infant and childhood mortality declined by almost half from 14.18 million to 7.26 million. Actions to improve the nutritional situation and to limit infections in childhood contributed significantly to this reduction. However, the data gathered all over the world also shows clear regional and socio-economic differences. Only 1.6 % of deaths were apportioned to the richest countries, as their health system can also provide care for the severely ill children and can treat them in the long term. Countries with low incomes, low levels of education and high birth rates carried by far the highest burden of mortality, which in the reporting period grew by as much as 61 % to 75 %. Most deaths in 2015 were recorded in under-5-year-old children in South Asia and Sub‑Saharan Africa (2). Malaria, respiratory disease and diarrhea were the most common cause of death, particularly in combination with malnutrition. 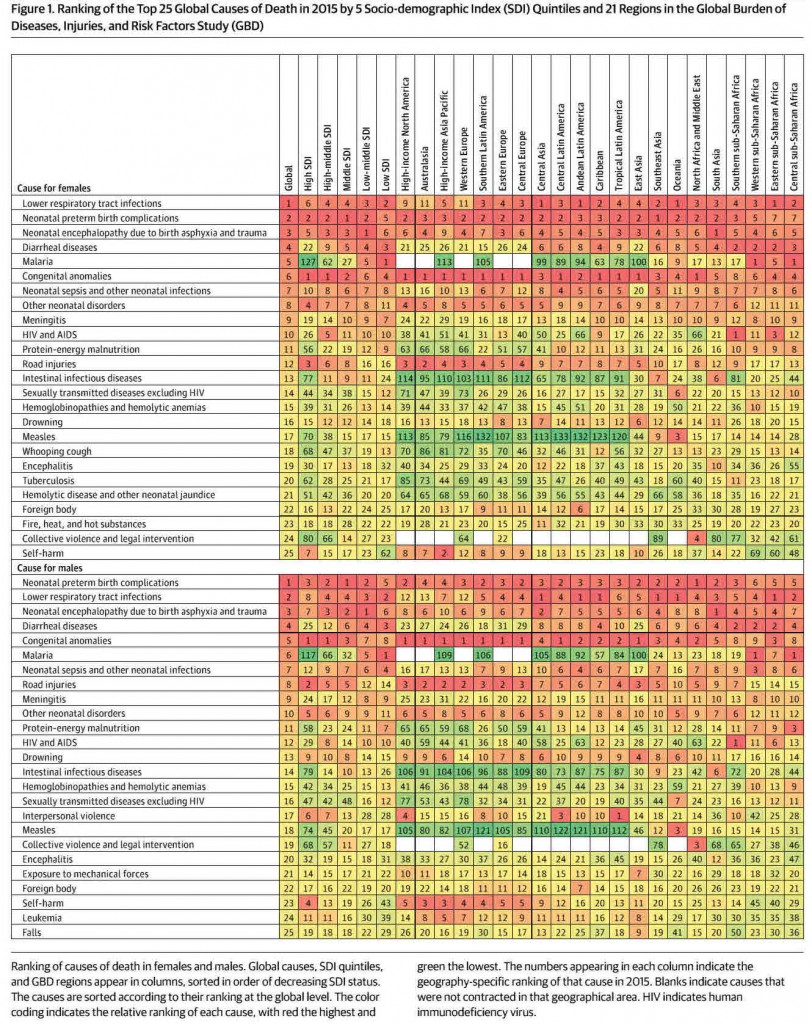